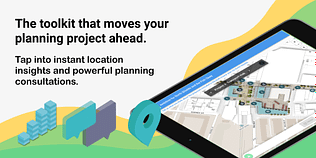 Since mid last year, here at PlaceChangers we have been working on a research and development project supported by InnovateUK, the UK Government's Innovation Agency. The project aimed at helping developers incorporate health and wellbeing considerations into their projects at an early design stage.

Incorporating health and wellbeing at an early stage can be maximised if the proposed outcomes for local improvements can be aligned with the development project. This is where developer contributions come to play. While the majority of contributions enables affordable housing provision, increasingly contributions are also used towards improving education and health provision locally.

In this article, we provide an overview of the use of developer contributions at the moment, what the issues are, and how we help overcome the problems we found with better insights. For this PlaceChangers helps to fill these gaps with ability to facilitate citizen engagement for Developers and local authorities in determining the better outcomes for all parties. This is especially relevant when Developers have regulatory and fiduciary requirements placed upon them in the development process.

What are developer contributions?

When a new development is proposed it is important to take account of the broader impacts this will have within a community. For instance, a new housing project will result in an increase in the local resident population. Depending on the demographic of these new neighbours, new education or health facilities may be required. There is also a need to consider what employment opportunities exist for workers amongst the new population or the transport infrastructure that is needed if the working population goes somewhere else during the day.

These are important considerations for UK Developers given the Community Infrastructure Levy and S106 payments. These are collectively referred to as Developer contributions. They are mechanisms that secure payments either in kind or money from larger construction projects to assist in addressing impacts from new developments within communities. Contributions can range from school facilities, new built and natural infrastructure as well as delivering on affordable housing commitments.

According to the PAS guidance, both types of developer contributions deliver the same outcome but do so in different ways:

What are Developer contributions used for?

Analysis of these contributions for 2018-19 confirms that the value of developer contributions was significant. For England, Developers paid GBP 7 billion.

In terms of 'tending' categories that saw largest increase:

Developer contributions are therefore important to fund social infrastructure locally. They can be used to support health and well-being as well as to contribute a built environment suitable to a wider group of people.

For instance, contributions help with:

Some common problems relating to use of contribution payments

Under the current system in the U.K., as part of the bespoke negotiation process, Developer S106 contributions can be applied with flexibility.

However, as Inside Housing noted, this also means that “council policies and practices on Developer contributions are “highly inconsistent” across the country. They also noted that there is limited transparency and public engagement.” Payments are very uneven across England. A staggering, 53% of developer payments were made in London or the south-east!

There is a lack of guiding standards or common evidence cases to determine best practice contributions. There are few formal triggers for specific contributions.

Mismatch between what is negotiated and what is provided

Often as a result of limited evidence, engagement, or understanding of what is immediately useful to the local community; or due to mismatches in the timing of payments and delivery of any interventions, there can often be an issue in ensuring that communities actually receive the amenities they require.

From Developers' point of view, at times, there are also issues if contribution payments are effectively used on areas not near the development project. This will be particularly common with CIL payments, which are not used for site-specific investments.

One of the issues raised with respect to S106 contributions is whether there is an unrealistic push for affordable housing that is difficult to deliver. This use is often subjective especially when the expected profit goes below 20% of the investments for the development.

Manchester is a case in point: The lack of contributions for new development is particularly controversial when there was a building boom and property prices were rising.

A recent report found that only 6% of development applications had a contribution for affordable housing. This was in contrast to the vast sums that were invested on prime city centre estates. At about £74 million per site, to total across 79 sites analysed in this study gives a total of £5.85 billion investment.

However, bold outcomes can also be achieved, as demonstrated in the new Mayfield development in Manchester, which will also provide Manchester's first new park in 100 years, which represents a significant contribution on site, which reduces developer contributions otherwise.

Making the most of Developer contributions

There’s a number of ways Developer contributions can be used better, especially if aligned with the needs in the local area, and productive for the new development, too.

Effectively, whether it is CIL or S106 payments that are collected, any receipts need to be based on well-founded local data that clearly demonstrate investment needs and priorities in the area. If a local authority fails to provide that evidence or the data is out of date, it will have a much poorer opportunity to properly work with Developers in securing mutually beneficial outcomes.

As a consequence, the opportunity for long-term improvement of the wider area will be missed. This can be overcome with readily structured evidence, around needs for local provision based on capacity shortfalls or lack of key provision.

Developer contributions are generally discussed when it comes to making a planning application, which is especially true for project-specific contributions (such as S106). Local councils provide an annual report and all payments are publicly listed.

However, payments and the benefits of CIL and S106 should be included in the discussions with residents as well.

Early engagement provides an opportunity to prioritise the use of the receipts for improvements in the local area. Secondly, these payments are a benefit of new development locally, and can be an aid to local residents being more open to the idea of new development close to their doorstep.

As the 20-minute neighbourhood report has shown, in any new development, especially at edge-of-town locations, it’s crucial that there is good coordination in place when it comes to the engagement,  prioritisation and allocation of social infrastructure, that need to be funded from multiple contributions.

Social infrastructure needs to be planned early in the development cycle. It is dependent on the land and funds being available at the time of the development. It also needs organisations to be in place to take ownership and deliver. on the outcomes.

Another aspect that developers can benefit from and do better relates to capturing and communicating the benefits of their contributions payments. Understanding how contributions performed across a portfolio and in different contexts will substantially improve insights into best uses of developer contributions, and will be a clear talking point to more conscientious buyers.

Deliver or plan in social amenities on site

Providing facilities or social amenities on site is perhaps the best way for developers to influence part of the development contributions! If a local playground is required within a certain walking distance, and there is none, providing one on site is a great way to work towards local needs, while also raising the credentials of the development itself.

Investments will ideally be tied back to purposeful outcomes that translate into benefits to current and future residents, such as that better cycling infrastructure can offer an easier, safer, and more convenient neighbourhood environment.

Easy-to-access evidence on the local provision of key social assets makes it easier for developers and local councils to maximise investments while early stakeholder engagement can help shape the use of contribution payments in order to secure improved outcomes for the developer and local stakeholders.

At PlaceChangers, we build digital tools that provide you with powerful neighbourhood insights that help shape your planning application. To learn more or see a demo, get in touch today.

Understanding health and wellbeing in Bensham through local data